A study by Chennai Solidarity Group in August this year, showed that an estimated 100 kg of mercury has washed off into the eco-sensitive Pambar Shola forest in Kodaikanal Wildlife Sanctuary triggering concern for wildlife and birds in the area.

Originally published at The Federal: 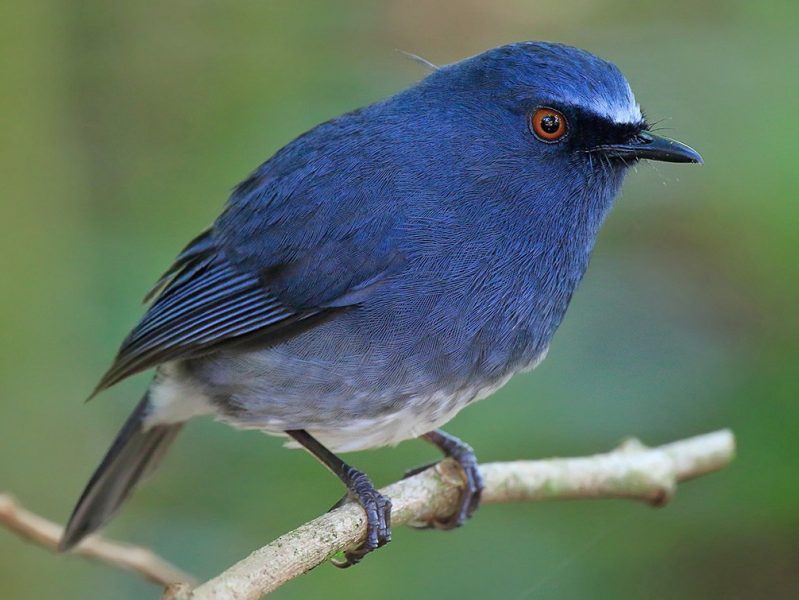 Palani Hills, one of the important ‘sky islands’ found in the Western Ghats on the Tamil Nadu side, and a hotspot for birds, is home to a bird named white-bellied Sholakili. Endemic to this region, this bird species is largely sighted in Kodaikanal, but is unfortunately under threat due to alleged mercury poisoning of the soil in the area.

Besides being a popular tourist spot, Kodaikanal has been in the news for the past two decades since 2001, because of large-scale mercury pollution. Largely because of the erstwhile Hindustan Unilever’s mercury thermometer factory, which was functioning in the area. After a series of protests and legal battles, Unilever has been trying to clean up the pollution for the past four years.

In January 2020, it is alleged that the company, which adjoins the Kodaikanal Wildlife Sanctuary, clear-felled 425 trees from four acres of its mercury contaminated site. Environmental groups are now up in arms at what they consider a reckless and dangerous move since the toxic soil at the plant site is now exposed to erosion by rainwater and wind.

According to a study carried by Chennai Solidarity Group in August this year, it is estimated that at least 100 kg of mercury has washed off into the eco-sensitive Pambar Shola forest of the Kodaikanal Wildlife Sanctuary.

“Even if the actual quantum is only a quarter of this estimate, it is sufficient to warrant the sounding of a Red Alert. Such quantities are likely to poison the aquatic food chain within the sanctuary, not to mention the risks they pose to downstream fish consumers,” said the study.

Scientists do not have any data on how mercury pollution can impact the bird population. “But we know how important this habitat is for birds,” said V V Robin, scientist, Indian Institute of Science Education and Research, Tirupati, who is working in Palani Hills for the past eight years, speaking at a webinar organised on October 2.

Earlier, the two important birds found in this region were known as ‘shortwing’ (White-bellied Shortwing) and ‘laughing thrush’ (Palani Laughing Thrush). But the research revealed that the birds had diversified and a new genus had to be created for these birds, said Robin.

Robin pointed out, “Now they are called ‘sholicola’ (or commonly as Sholakili) and ‘montecincla’, respectively. They came to India about 11 million years ago and they have been in the mountains at least for five million years. It is to be noted that the genus Homo evolved only two million years ago and our national animal tiger evolved 1.5 million years back. So, evolutionarily these birds are very old.”

It is to be noted the bird sholicola mainly feeds on shield-tailed snakes and cicadas, a kind of insect. But due to bioaccumulation – a gradual accumulation of substances like chemicals in an organism – mercury, if present in the environment, could seep into their food cycle and build up to levels that could cause harm to these birds. Robin, however, clarified that there is no data available on mercury in the food chain in Pambar Shola and that it would be important to generate such data, even if only to rule out any cause for concern.

What does mercury runoff mean to birds?

Well-known forest hydrologist Jagdish Krishnaswamy, Asoka Trust for Research in Ecology and Environment, Bengaluru said while the annual rainfall of Kodaikanal is 2,600 mm, due to climate change, the intense bouts of rainfall of a few millimetres in a day is turning out to be disastrous for the hills.

“Even if a fraction of the estimates of mercury from this very approximate rapid assessment has left the site through surface and sub-surface run off, it is a major environmental hazard, added Krishnaswamy.

Dr Asif Qureshi, mercury expert, IIT Hyderabad said in a lab test, when the songbirds were given Methyl Mercury (Mercury’s bio-accumulative form) in diet, it affected the reproductive success of the birds.

Meanwhile, Chennai-based environmental activist Nityanand Jayaraman advised the state and central pollution control boards not to arrive at a decision on this issue judging the lack of visible effects of mercury pollution. “It is not Methyl Isocyanate, where people or animals are exposed to that chemical and are physically deformed. The governments should undertake in-depth research and devise remediation and mitigation plans,” he said. But is the government listening?