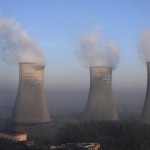 Given their inevitable expansion over the next decade, it is imperative that India establish and enforce mercury emission standards for coal-fired power plants A year after it was adopted, India joined the global mercury abatement agreement. Not surprisingly, India dragged its feet a bit, but in the end signed up to the Minamata Convention on […]